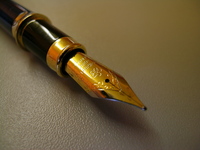 Germany added Norway to its list of double taxation agreements in 1993. Ever since, the treaty underwent several changes. In 2013 Germany and Norway amended their double taxation treaty with a new protocol. The new Germany-Norway double tax agreement covers the following taxes:

The agreement also covers similar taxes levied in both Germany and Norway and also contains a provision for the exchange of tax information. Our German lawyers can provide you with detailed information related to taxation matters.

Compared to the old treaty, the new double taxation convention between Germany and Norway specifies that the profits of a company of a contracting party will be taxed only in the country where it was registered. Exceptions from this rule apply only in the case of permanent establishments: subsidiaries and branch offices or any other type of site opened by a company of one contracting state in the other.

With respect to the avoidance of double taxation, the convention stipulates that the tax authorities in the contracting state will grant a credit against the tax paid by a company or an individual in the other state. The tax credit will be limited to the maximum rate stipulated in the country’s tax laws.

You can contact our law firm in Germany for complete information about taxation under the double taxation treaty with Norway.

One of the provisions of the new Germany-Norway double tax treaty refers to the taxation of dividends. Dividend payments will be taxed as it follows:

Dividends will be taxed on their gross amount. Under the German legislation incomes from participating loans or bonds are considered dividends and will be taxed accordingly under the double taxation treaty with Norway.

For information about the taxation of interest and royalties payments under the Germany-Norway double taxation agreement, you can refer to our law firm.

Running a Business in Germany +